Located in central Washington State, the East Columbia Basin Irrigation District is the largest district in the state, with authorization to irrigate 472,000 acres. Currently, 169,000 acres are developed and managed by 4,500 landowners within the federal Columbia Basin Project. Additionally, the District is involved in the development of 87,000 acres associated with the Odessa Groundwater Replacement Program (OGWRP). The District provides a reliable supply of water that irrigates the cropland that produces food shipped domestically and internationally. 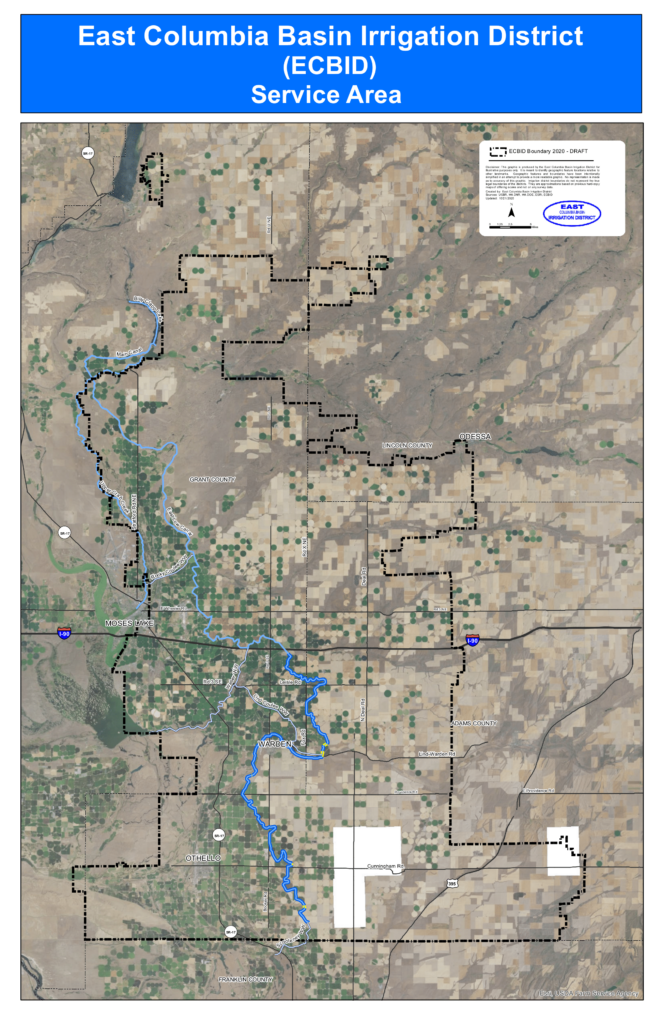 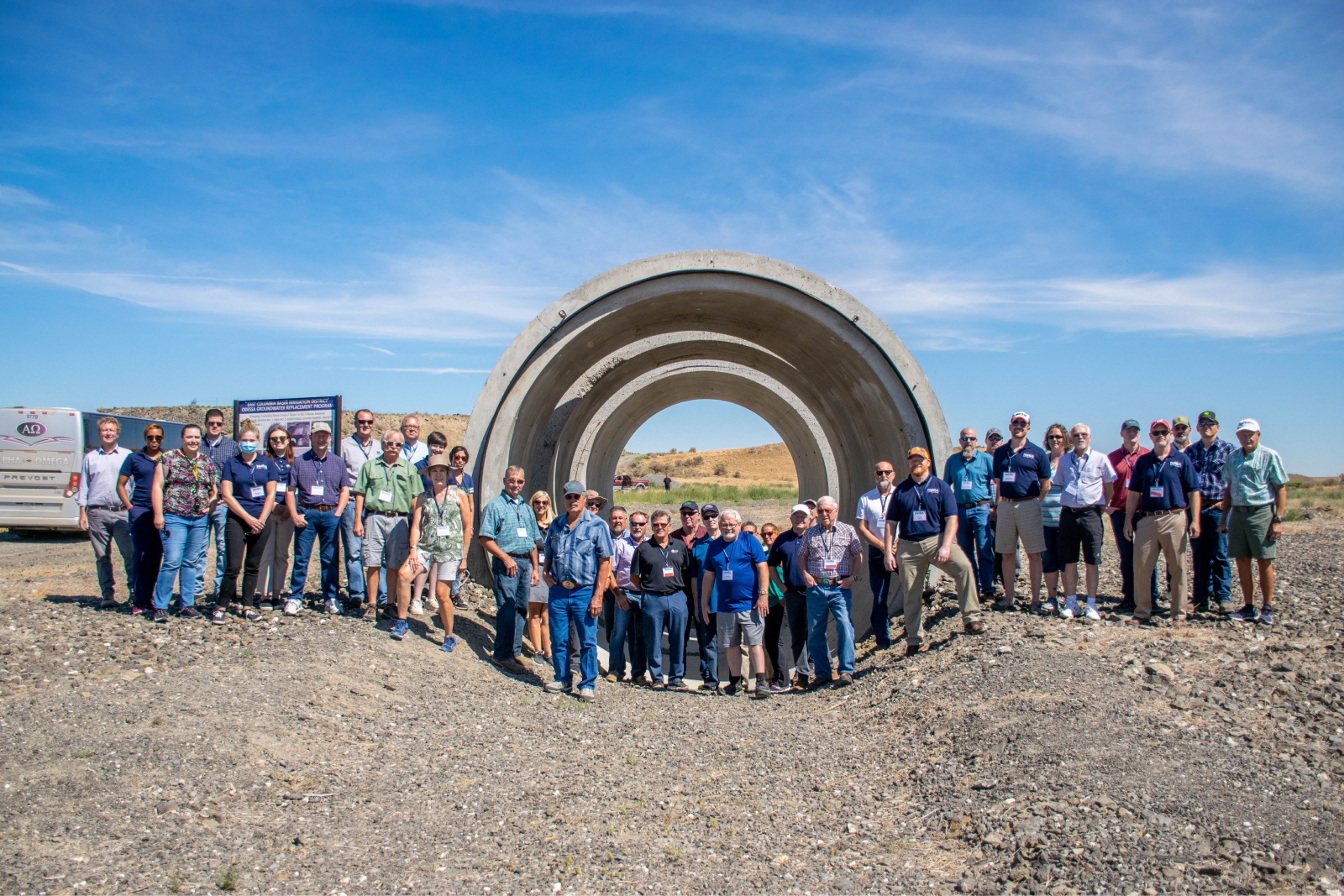 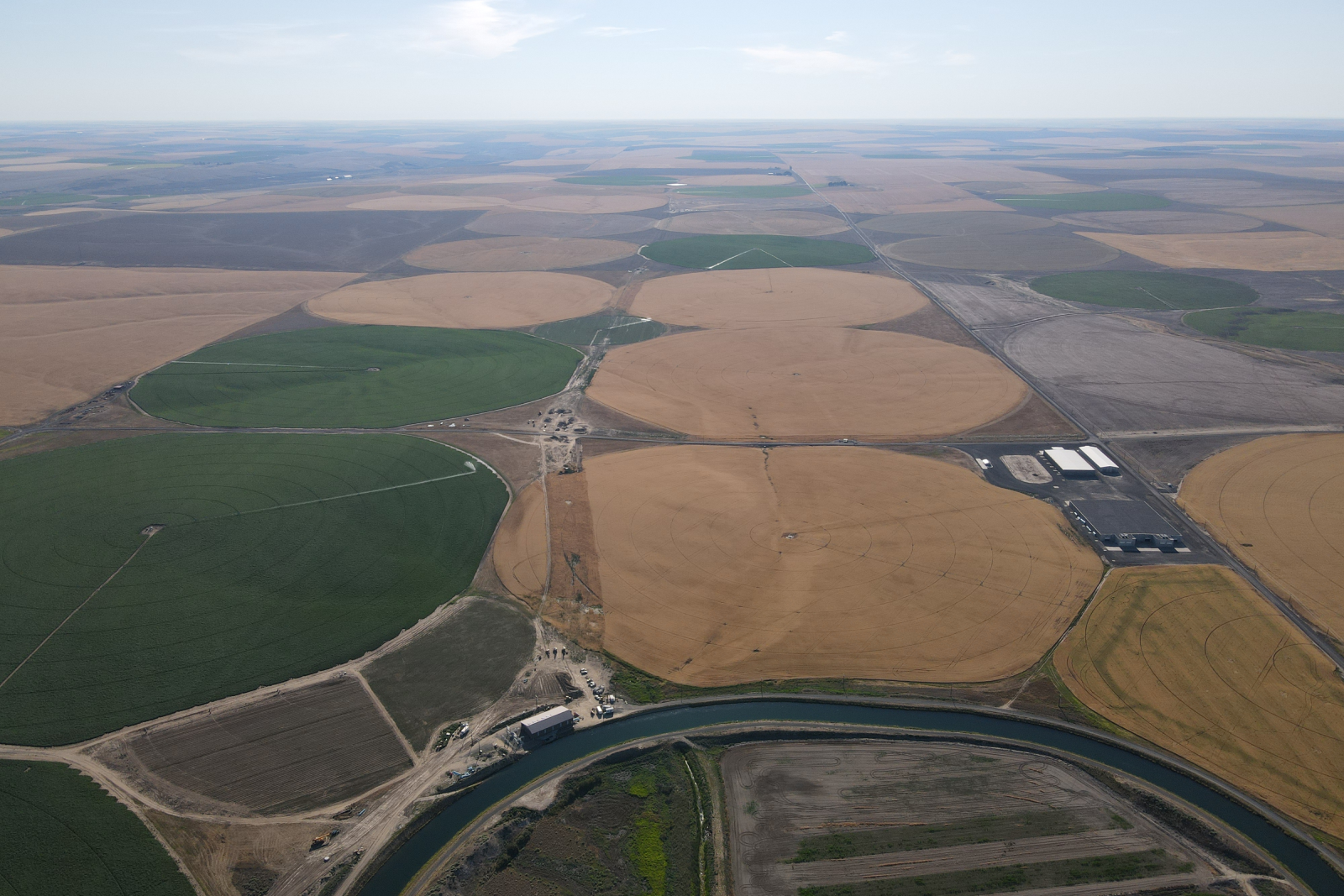 The District operates 86 miles of delivery canals, 527 miles of laterals, and 917 miles of drains and wasteways, as well as 53 pumping plants.

The Columbia Basin Project is the largest Bureau of Reclamation project in the United States and irrigates $1.44 billion in crop production, supporting annual economic activity throughout the United States of $5.81 billion. Collectively, the Project generates $2.42 billion in income, and nearly 39,000 jobs. Of this, the 2010 Economic Contribution of Agriculture Irrigated by the CBP economic report states the value of crops grown within the East Columbia Basin Irrigation District service area totals $224.1 million. 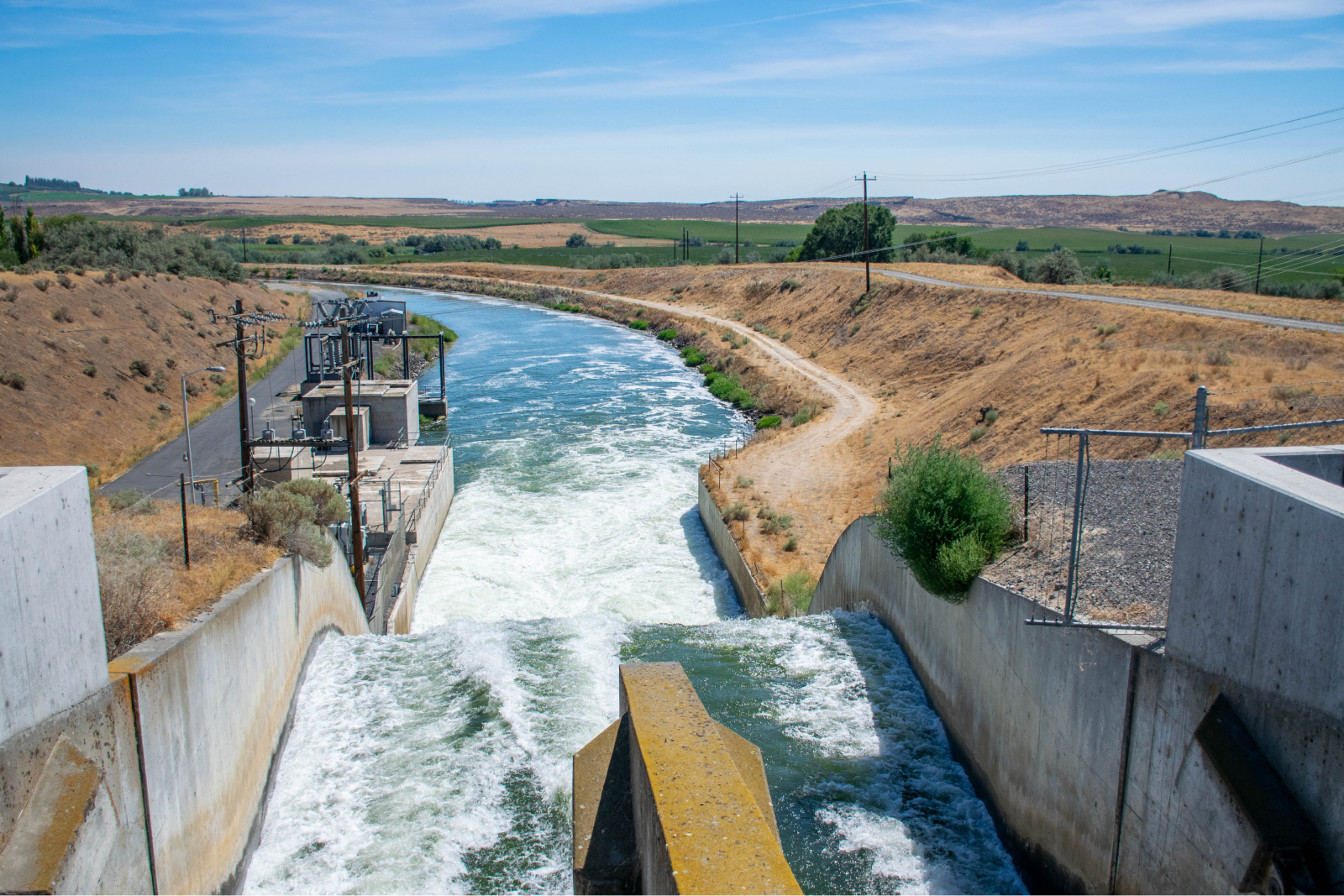 The District transitioned into operations and maintenance in 1969 and is led by an elected five-member Board of Directors.

The East Columbia Basin Irrigation District is a critical and proactive stakeholder in the regional economy, focused on providing continuous, reliable and affordable water to the landowners and communities we serve. We strive to work collaboratively with diverse agencies and groups to equitably provide the most benefit to the greatest number of constituents possible. Voluntarily, we are actively implementing a federal groundwater replacement program which focuses on providing a critical solution to a regional environmental and economic problem that is negatively affecting our local communities and landowners within the District and CBP.